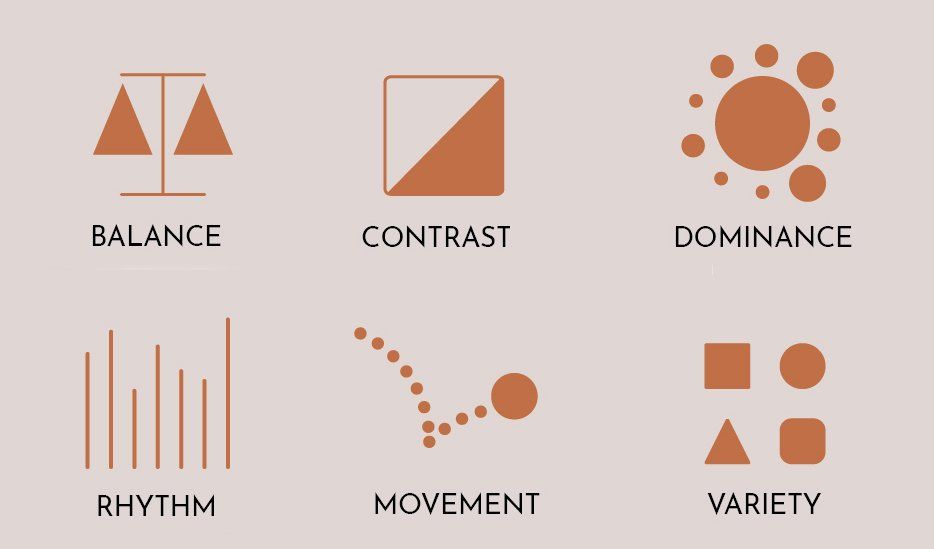 What are the principles of design in art? Because art is a form of expression, using design principles gives critics a lens from which to judge art. It also helps artists have templates and guides to incorporate into their art for improved visual fidelity.

What are the principles of art?

There are twelve recognized principles of design in art. Although artists may not use these principles, they provide guidelines to help artists create artwork.

Balance refers to the visual weight conveyed to the observer about the total composition of an art piece. Balance is meant to express feelings of stability and comfort, while imbalance is used to cause feelings of discomfort in the viewer. There are three degrees of balance:

is an image with a lack of balance. Asymmetry happens when the two halves of an image or art piece do not mirror each other. Across defined horizontal and or vertical lines splitting the work into equal halves.

as the opposite of asymmetry, this is a method of choosing perfect balance whereby two halves of an art piece mirror each other. For example, a painting of a face with both sides of the face being identical in size, shape, color, form, and contrast.

is a method of achieving balance by having all elements around a central point spaced out. For example, the spokes coming out of the hub of a bicycle wheel.

Contrast is the distinction between elements in an art piece and how they complement or clash with one another. In instances of clashes, this denotes a hard contrast between elements such as colors, shapes, or imagery.

In doing so, you attract the viewer’s attention to the focal point of the contrast. Artists will often do so to create a striking image, a sense of unease, a sense of wonder, or to convey a message to the viewer.

A common contrast example includes light and dark colors to illustrate themes of good and evil.

Like contrast, emphasis is when an artist uses a combination of techniques to draw the viewer’s attention to a crucial component of their art piece.

Yet, unlike contrast, emphasis relies on various elements to draw a viewer’s attention. It cannot rely on a singular technique such as juxtapositions to emphasize the point of contrast.

Dominance uses similar images, styles, shapes, and colors to create an overwhelming sense of emotion or a message behind an art piece. Dominance should not be confused with unity (see below for more details.)

Patterns involve the layout of art pieces that follow logical and discernible forms and sequences of an image or structure.

While not always clear, even the most chaotic patterns can create overlapping images, messages, symmetry, or themes.

In combination with movement, rhythm helps create scenes and images that ebb and flow with a piece. Rhythm is achieved via the repetition of images or artistic styles (such as the movement of brush strokes.)

Like music, rhythm should be juxtaposed against uniform patterns to give life and variety to an art piece. Rhythm can thus be uniform to improve continuity or uneven to create a striking image.

Unity is about combing all elements into a piece under a single banner. If an artist wants to create a distinct style, unity is necessary, although too much unity can lead to monotonous and bland art pieces.

Unity can also be used to copy or recreate artwork from other artists or influences.

Variety is the opposite of unity. Thus variety is when the elements of a piece divulge from one another to create challenging and contrasting themes, images, and styles.

When combined in equal parts with unity, variety can assist an art piece in elevating an artist’s style to a distinctive point.

Yet, too much variety creates chaotic pieces that fail to convey their themes, messages, or images with clarity of purpose.

Proportions are the size of elements in a piece compared to one another. Larger images draw the viewer’s attention in collaboration with the principle of emphasis. In comparison, smaller images are ignored or deemed negligible to the theme or message.

Proportions do not have to relate to real-world understandings of proportions. Thus proportions are an excellent litmus test for artists to use when looking to push the boundaries of realism or surrealism.

For example, drawing the human form with enlarged heads or elongated limbs may range from comical to uncomfortable. In comparison, accurate proportions attempt to recreate the real world, inviting the viewers to see through the artist’s lens.

Like proportions, scale is concerned with the size of images in an art piece. But, unlike proportion, which is a method of contrast subject to real-world constraints, scale exists independent of any juxtaposition.

In its simplest form, space is the absence of artwork or focal images (e.g., the use of blank canvas in an art piece or the landscape in the background of a group of people.)

But, space is essential in conveying messages and themes and grounding the viewer in the artist’s created realm. So, space and the lack of images are as important as the critical images in an art piece.

Who came up with the principles of design?

Because design has its roots in humanity’s basic need for creation, no singular person or institution can be credited with having developed design principles.
Design is inherent and, in many ways, accidental. While the above list mentions twelve design principles, this may only be a fraction of all the elements present in artworks throughout the centuries!
In Western societies, cataloging, studying, and recreating design principles are believed to have early roots in the Renaissance. The continuation of these principles in engineering and architecture became a focal point of study during the industrial revolution.
Design principles continue to change and evolve, so this is not a static list.

Can I become an artist without knowing the principles of design?

Regardless of one’s age or ability, anyone can become an artist!
Yet, while many artists have excelled through the years without formal training, they would have incorporated these principles without studying them.
So, artists are encouraged to learn these principles and incorporate them into their works to elevate their final products. Especially in the event of specific techniques such as the principles of space or proportions for artists engaging in realism/naturalism.

While the above principles are mere guidelines, artists and critics would do well to learn these principles.

Learning the principles of design can help improve your art and your appreciation of other people’s art. 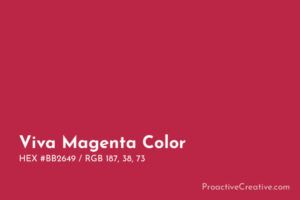 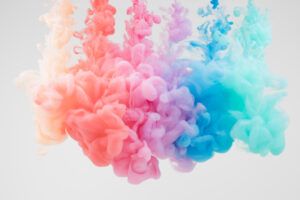 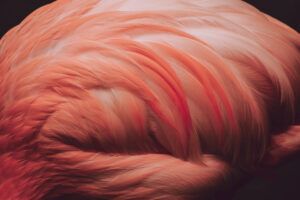