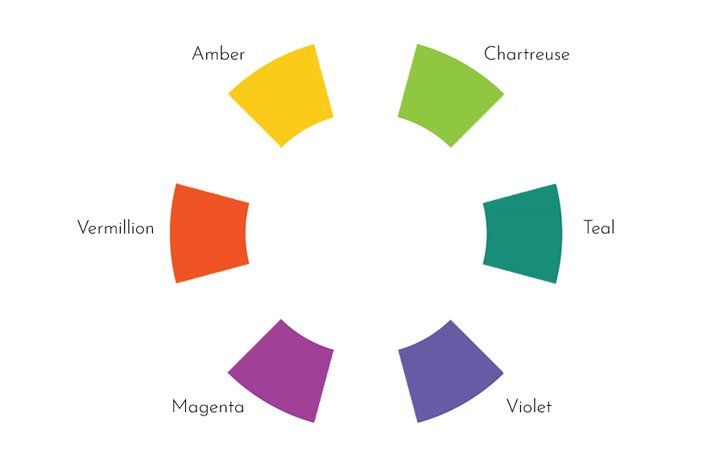 If you look at a color wheel, you might notice that the tertiary colors are the most numerous. Understanding how to mix these colors will offer you more options as an artist. You’ll find it easier to create nuanced colors that are more realistic and lively.

In this article, I’ll explain why you need to know about tertiary colors. Then, we’ll take a close look at what tertiary colors are and how to make them. And you’ll learn how to use them effectively in your artwork.

What are Tertiary Colors?

Understanding tertiary colors is a bit complicated. That’s because there are different theories about how to make them, as explained below.

One theory suggests that a tertiary color is the result of mixing two secondary colors in an equal ratio. However, this method applies only to traditional art using any pigment, paint, or dye. It’s not relevant to mixing different colored lights or digital art.

So, this theory is limited in application and not as commonly used in practice. There are three tertiary colors according to this theory:

These colors don’t appear on the color wheel. So, we won’t focus on this theory for the rest of the article.

The second theory says that mixing a primary and a secondary color makes a tertiary color. It’s the most commonly accepted theory and the one that the color wheel demonstrates. So, we’ll look closer at this theory.

Finally, some people believe you can make a tertiary color by mixing two primary colors. One of the primary colors in the mixture is fully saturated, and the other is half saturated.

So, in effect, it works the same as mixing a primary and a secondary color due to the ratios used.

But it’s easy to see how people get confused about tertiary colors!

Let’s backtrack a bit. To understand tertiary colors, you need to know that there are several color systems.

You probably learned about the traditional color system in art class at school. We call this the RYB color system, as its primary colors are red, yellow, and blue.

The RYB color system dates back centuries. Artists and scientists have long used it to understand how colors work. And it’s still useful for anyone who works with traditional art media like paints and ink. However, it’s also considered the most outdated.

More recently, the RGB color system has become popular. In this color system, green replaces yellow, while red and blue remain. The reason is that these are the primary colors according to the light spectrum. You make white light when you mix red, green, and blue light.

Also, the RGB color system has a wider color gamut. That means you can make a greater range of colors compared with the RYB model.

There’s also the CYMK color system, mainly used for printing. This method uses the same colors as the RGB system but reverses the primary and secondary colors.

So, the tertiary colors in the RYB system will differ from those in the RGB system.

How the Color Wheel Works

A color wheel is a helpful tool for representing colors and their relationships. It displays primary, secondary, and tertiary colors.

It’s easy to understand the similarities between colors and their temperatures – cold or warm. And you can also look up complementary (or opposite) colors.

So, knowing how to use a color wheel is an essential skill for artists.

We’ll use the RYB color model to understand the color wheel in this case. It’s still the most common system for any kind of traditional art.

As a side note, the secondary colors in the RGB system are magenta, cyan, and yellow.

When you mix a primary color and a secondary color, you create a tertiary color. For example, red and orange make red-orange.

So, it makes sense that each tertiary color sits between the primary and secondary colors used to mix it. You’ll find red-orange between red and orange on the color wheel. And because of this placement, tertiary colors are sometimes called intermediate colors.

Examples of Tertiary Colors on the Color Wheel

Now, you understand how we can make tertiary colors. It’s time to take a closer look at each tertiary color on the color wheel. I’ve gone into detail on each of them below.

You’ll notice that their technical names aren’t the most descriptive. They’re made up of the primary and secondary colors mixed to make each tertiary color. That can be helpful when you want to know how to mix a particular shade, but the names aren’t very inspiring!

But each color also has a common name as well as its technical name, which I’ve shared below. Often, artists prefer these names as they are more interesting.

Yellow-orange is a bright, citrussy shade made by mixing yellow and orange. It sits between orange and yellow on the color wheel. It’s also known as amber.

You’ll find yellow-green between yellow and green on the color wheel. It’s a sharp, fresh shade between these two colors. We also call it chartreuse.

You may know this color as teal. We make it by mixing green and blue together, and it sits between these colors on the color wheel.

When you mix the primary blue with the secondary color violet, you create blue-violet. This tertiary color is sometimes just called violet, which is a little confusing. But it has a blue undertone and sits between blue and violet on the color wheel. My guide to making blue-violet color is helpful if you want to mix your own paints.

In the same way, we make red-violet by combining violet and red. This tertiary color is a warmer shade found between red and violet. It’s also sometimes referred to as magenta.

When you mix red and orange, you create the tertiary color technically known as red-orange. It’s also known as vermillion.

Tertiary Colors in the CYMK and RGB Color Systems

We explained the difference between the color systems above. As you now know, the tertiary colors in RGB and CYMK differ from the RYB model.

Here are examples of the tertiary colors in these color systems:

As you can see, there are some similarities between the tertiary colors of the RYB model. But they aren’t exactly the same. Knowing these differences is useful for artists as they work with color.

Hopefully, you have a much deeper understanding of this tricky subject, tertiary colors. As you’ve seen, it’s not as straightforward as it first seems.

But knowing the tertiary colors in each color model is essential for any artist. It will make you more assured and confident in using and mixing colors. You can apply this information to both digital and traditional art forms.

Let me know if you have any questions about tertiary colors in the comments below!

And follow for more color theory tips and inspiration! 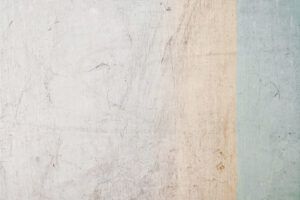 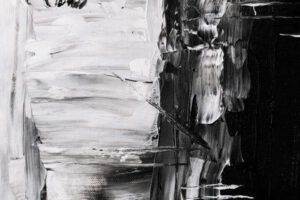 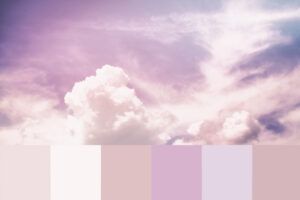