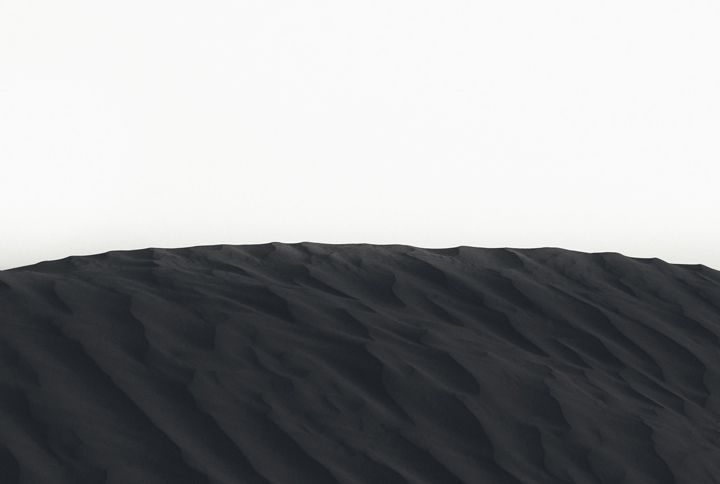 Negative space is a powerful technique you can use to improve your artwork. It’s simple and often overlooked, but it can make a huge difference to your compositions.

But negative space isn’t something you can draw or paint. It’s more about what you leave off the page.

That might not come naturally to you at first. You wouldn’t be alone in feeling like you should fill every inch of your canvas. But by using negative space, your artwork will look even more stunning and impactful.

Negative space is a crucial element that affects how people experience your art. You can use it to create a better balance and harmony in your artwork.

So in this article, I’ll cover what negative space is and how you can use it in your compositions.

What is Negative Space in Art?

Before diving in deeper, we first need to cover an essential question. What does negative space mean in art?

Negative art plays a huge role in art, even if it doesn’t get the credit it deserves. We’ve all seen it, even if we didn’t realize it at the time.

What is positive space?

The positive space could be a person, a tree, an action scene. But this will vary in each piece of art.

But how the artist frames the subject will make all the difference to how we see their artwork. And that’s where negative space comes in.

What is negative space?

Negative space is the white space in any piece of artwork. But that term can also be misleading, as the negative space doesn’t have to be white.

It could be the background in a painting, a border, or even part of the image itself.

For example, imagine a drawing of someone standing in a field silhouetted against the sky. In this case, the sky itself would be the negative space. While the person in the foreground is the positive space in this artwork.

But the negative space could also be the gaps within the art too. Think of a minimalist line drawing. It has thick dark lines, but it’s the space between these lines that make it all come together.

It’s the interaction between negative and positive space that makes art interesting.

The negative space draws the eye to the areas the artist wants you to focus on.

And as it’s an art fundamental, you should think about negative space whenever you’re creating art.

Without negative space, your artwork could look too busy or even overwhelming.

Why is negative space important?

Negative space can bring many benefits to a piece of art. It could be the difference between a bold painting and an underwhelming one.

Here are some reasons to consider negative and positive space when creating art.

Your subject will stand out more

Firstly, think about whether you’ve seen any paintings that were just too busy for you to take in all the details.

The effect is that you don’t know where to look first. It can be overwhelming to the point where you just want to look away.

You may have even been guilty of creating a painting or drawing like this. And you wouldn’t be alone – so don’t feel embarrassed. It’s easy to feel like you need to cover the entire canvas.

But then, your subject matter gets so crowded that it’s hardly noticeable at all.

In contrast, when you have more negative space around your subject.

Any onlooker will know where to look instead of being pulled all around the canvas. And as a result, it’s easier to convey the desired message through your art.

Better Balance in Your Compositions

Negative space creates that fundamental balance in your composition.

It’s the negative space that allows your subject to breathe. As mentioned above, when you have more space around it, it’s easier to focus on it.

But if you have too many details crammed into a piece of art, it’s not as powerful.

A balanced artwork with lots of negative space also feels calmer. But it can still carry a strong message to the audience.

You Can Create Bold & Impactful Artwork

With less going on in the artwork, it will be much more striking. There’s less to distract from the image and its meaning.

So, it will draw in viewers and make them look for longer. That’s why negative space paintings are so powerful and eye-catching.

You can use negative space to make images and shapes look more realistic and 3D.

By carefully using white space around (or even within) an image, it will look more true to life.

That may take some practice at first. But once you master it, you’ll find it an effective way to achieve a 3D effect.

You can have negative space in 3D sculptures and structures, as in any other art medium.

In sculpture, negative space could be gaps and holes within the structure.

For example, Barbara Hepworth made great use of negative space within her artwork. Many of her sculptures feature holes, spaces, and gaps.

Hepworth’s exploration of negative space set her apart from her contemporaries. In the 1940s and 50s, these ideas were still quite new and intriguing.

But even now, these sculptures are just as moving and interesting to observe.

Here are a couple of examples here and here

Bruna Catalano also uses negative space within sculptures and statues. But he does it in a very different way.

By leaving out some key body parts, they become much more unique artistic statements. There’s no way you could walk past these negative space sculptures without taking a second look.

Check out these talented artists that have mastered the art of negative space. These artists will inspire you to create your own negative space art.

For example, this striking artwork invites you to look twice, despite its simplicity.

While Tang Yau Hoong’s creations are minimalist, they’re just as smart and intriguing. This artist uses negative space to draw the viewer in and make them look a little closer.

How to Use Negative Space in Artwork

Look for negative space in other artists’ work

If you want to make better use of negative space, you can learn a lot from other artists.

Take a close look at how they incorporate negative space into their art.

Each artist may have a different approach, and you won’t necessarily like every single one. But it will give you plenty of inspiration for your own artwork.

Think about how you frame the subject matter

When you’re drawing or even taking a photo, don’t dive straight in. Instead, take a few seconds (or longer) to consider how you’ll frame the composition.

Where will your subject matter be on the canvas or in the photograph?

You might lean towards putting them smack bang in the middle. But you could try out something new and see how that works, instead. Don’t always go for the most obvious place.

Remember that images will look much more eye-catching if you follow the rule of thirds. Or you could place the subject in the corner of the image instead.

Check out my article on the rule of thirds and other composition rules for more tips!

Think about what’s not on the page

When you’re in the planning and sketching phase, make sure to think about what’s not on the page.

It’s easy to get distracted by what you want to put down. But try to make it a habit to consider the negative space as you plan out any new drawing.

As with any artistic skill, using negative space effectively takes time. So, you need to be committed to putting in the work and practicing this skill.

You might not master the art of negative space straight away. But your hard work will soon pay off, and you’ll see a big difference in your artwork.

Instead of having negative space as just one element within your artwork, make it the focus.

There are lots of different ways you could do this. For example, a nighttime scene with a figure silhouetted against the sky.

Or you could take inspiration from the woodcut artwork that, by its nature, has a lot of negative space.

By its nature, minimalist art is very simple and includes a lot of negative space.

So, if you want to use more negative space, you could try your hand at some minimalist art.

For example, you could start with some minimalist line drawing. Or, you could try creating a minimalist portrait with simple lines and blocks of color.

There are lots more tips for creating minimalist art here.

Experiment with different ratios of negative and positive space

There’s no one way to use negative space. Artists will approach it differently depending on their style and message.

It may take you some time to discover what works best for you, too. You might not have a distinctive style at first.

So, try out different ratios of positive and negative space. You could start by adding a bit more negative space and then gradually build it up as your confidence grows.

At some point, you’ll discover your signature style that feels right for you.

Use borders in your artwork

If you’re struggling to incorporate negative space into your art, consider using a border.

He’s used the background to help focus the eye, but it also becomes part of the art itself too.

As you can see, there are many different ways that the negative and positive spaces can interact.

After all these tips, you may still be unsure about drawing with negative space. But if that’s the case, don’t worry. It’s a skill that can be learned like any other, with a bit of time and practice.

There are loads of helpful exercises you can do to master using negative space in your art. You’ll find hundreds with a quick Google or Youtube search.

For example, the video below will show you how to draw a chair using only the negative space.

If you’ve ever been confused about what negative space is, now you should have a much clearer idea. And you can even try your hand at using negative space in your own drawings.

You’ll soon see what a difference negative space can make in your artwork. As a result, you’ll feel much more confident in expressing yourself as an artist.

Let me know any questions you have about negative and positive spaces in the comments below. And don’t forget to follow me on social media for more helpful tips, tools, and reviews for creatives.

My name is Outmane, I am a designer and artist. 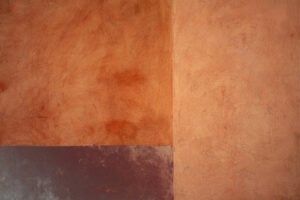 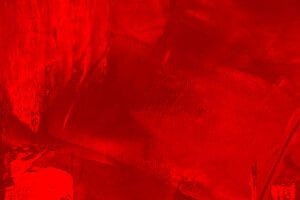 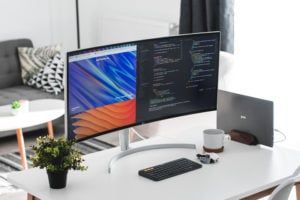